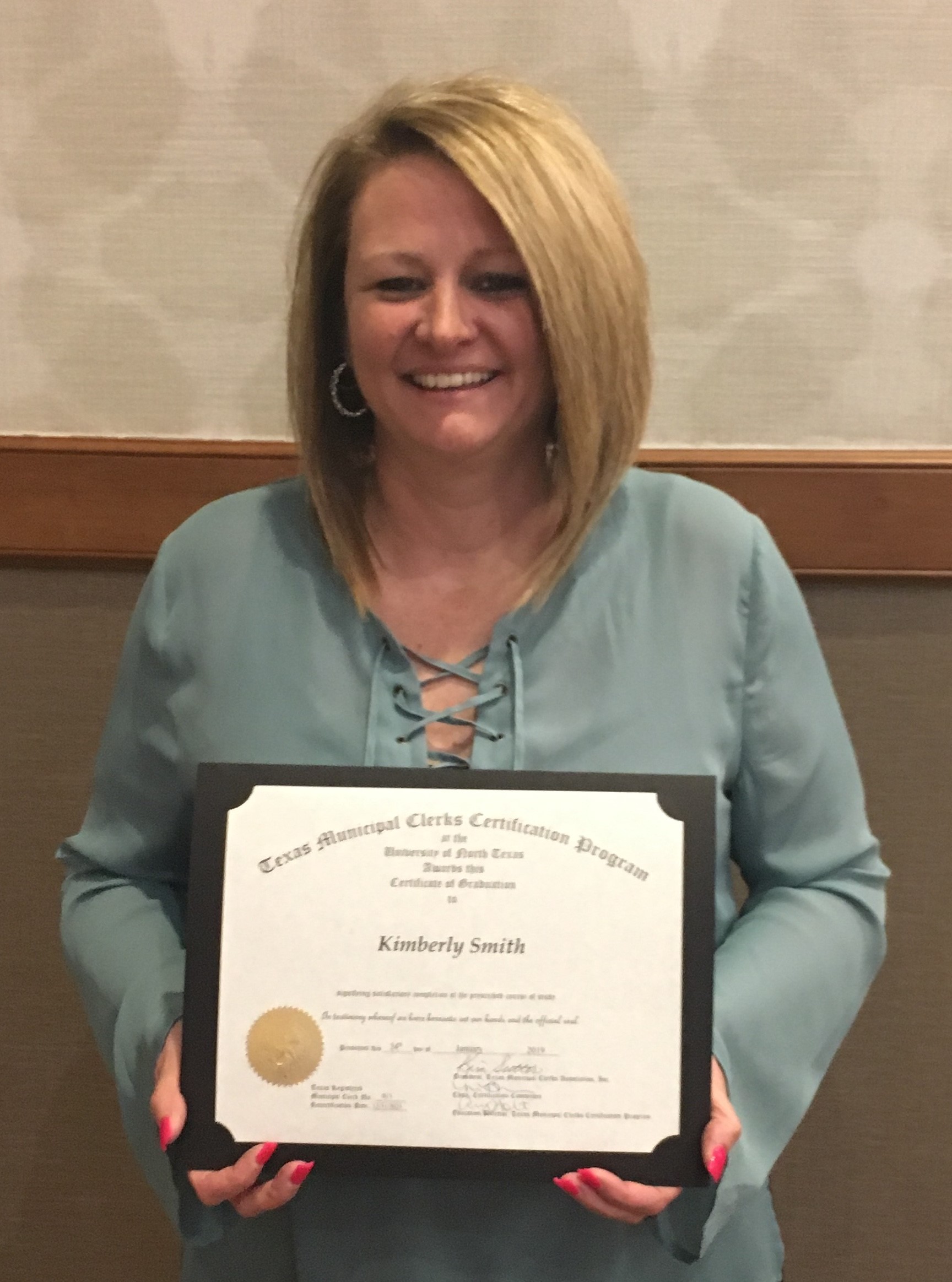 Kimberly (Kim) has an Associate’s Degree in Business Administration from Baker College, Michigan. Kim is originally from Michigan and moved to Texas in June of 2008. She has worked in Municipal Government since 1998. Kim currently received her certification from Texas Municipal Clerks Association in January 2019.